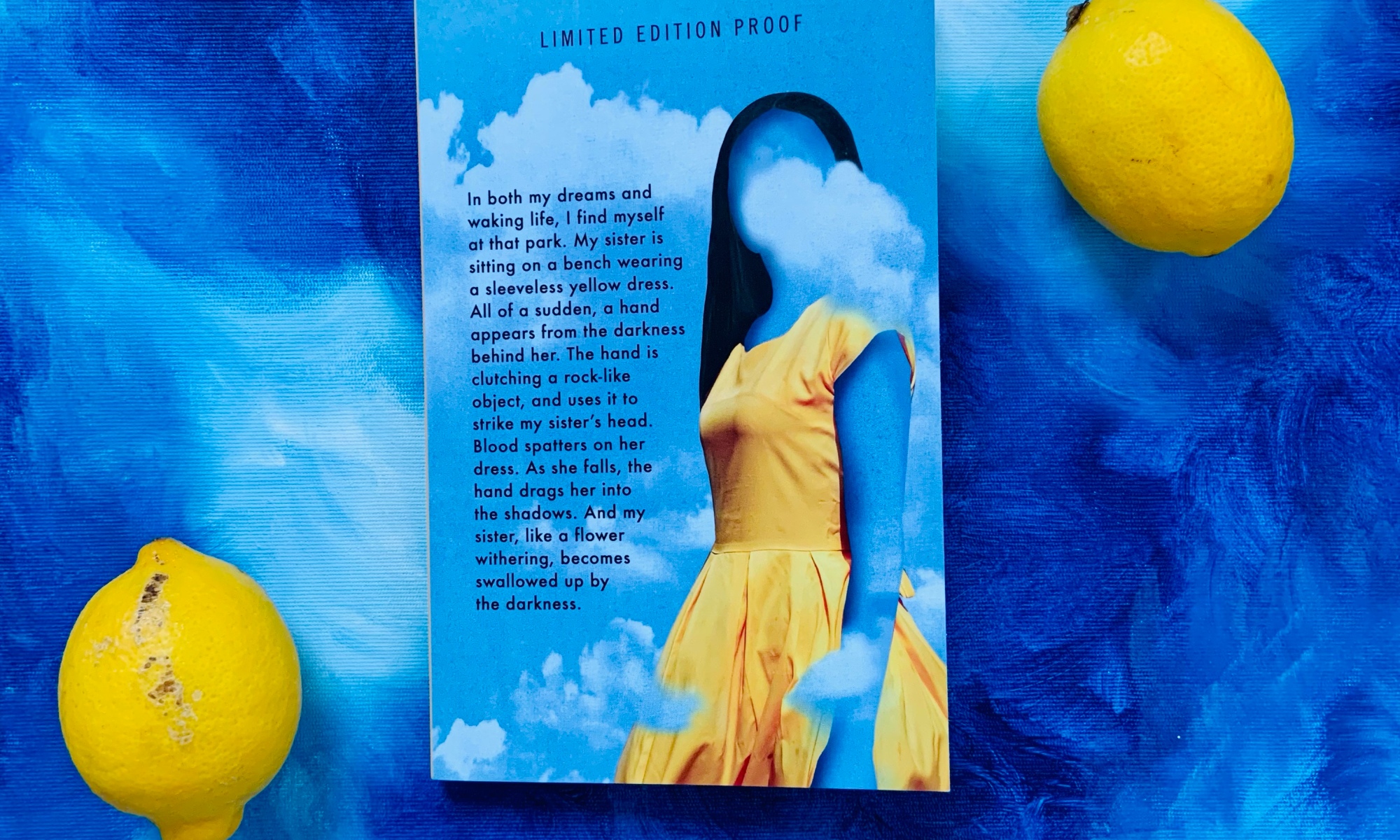 Thank you so much to Jade over at Head of Zeus for having me on this tour! What a fabulous book, so refreshing and peculiar! I had to read it twice to really appreciate it – I cannot say I am familiar with Korean literature, but this has definitely piqued my interest!

In the summer of 2002, nineteen-year-old Kim Hae-on was murdered in what became known as the High School Beauty Murder. There were two suspects: Shin Jeongjun, who had a rock-solid alibi, and Han Manu, to whom no evidence could be pinned. The case went cold.

Seventeen years pass without justice, and the grief and uncertainty take a cruel toll on her younger sister, Da-on, in particular. Unable to move on with her life, Da-on tries in her own twisted way to recover some of what she’s lost, ultimately setting out to find the truth of what happened.

Told at different points in time from the perspectives of Da-on and two of Hae-on’s classmates, Lemon is a piercing psychological portrait that takes the shape of a crime novel and is a must-read novel of 2021.

This is the main question posed by Yeo-Sun in this very short, but ever so clever book.

This novel is simply fascinating. A cross between genres, a hybrid beauty, where crime mystery meets psychological drama. Very witty.

“The imagination is just as painful as reality. No, it’s more painful. After all, what you imagine has no limit or end.”

Be prepared to let yours run wild as you follow the different characters’ thoughts. You might answer this main question, you might not, you might think you have, but in any event, you will not stop thinking about it.

Yeo-Sun throws clues at you, as much as she throws you off. Every chapter brings its share of questions and shattered beliefs.

She delves into the psychology in the face of loss, and dissect how each protagonist filled the void left by Hae-on’s death. It pushes the reader to reflect on the impact of death on their life and behaviors, showing you very subtly how it can shape the future = different degrees of guilt escalating to different degrees of madness. Lines between right or wrong become blurry.

Was Hae-on somehow punished for her breathtaking beauty? Her nonchalance?

A suspect fleeing to America shortly after… out of guilt? Or simple opportunity?

Why was Hae-on in Shin Jeongjun’s car? Why didn’t she come home that night?

What does Yun Taerim know? Did she see anything? She was so envious, jealous of Hae-on. When she died, she could shine again… but at what price?

Was Han Manu a simple witness? Was he involved? Or was he then as unlucky as he seems to have been his whole life?

How far will Da-on go to keep her sister alive ? To come close to some truth? Having had no other choice but to assume responsibility for the household from childhood, she bears the guilt to the same level, if not higher, than her mother. How does one live through something like this? What does it take to stop “falling”?

So many questions, not always straight answers. This novel will force you to analyse every little detail and find your own personal way through the story. Packed with a hell of a punch, thought-provoking, and eliciting a wide range of feelings and emotions, I can only recommend you pick this up, I am confident it isn’t like anything you’ve read before!

Out now with Head of Zeus in Hardback and e-book.

—About the Author – Kwon Yeo-Sun—

—About the Translator – Janet Hong—

Don’t forget to check out what my fellow bloggers have been saying!