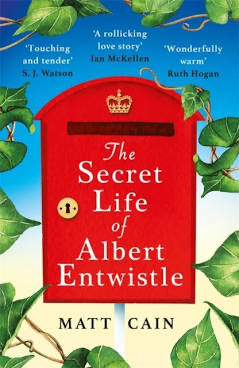 It’s official… I am in love with Albert!

Such a wonderful, moving and joyous adventure! This is a story that everyone needs in their life!!! Thanks again Rosie over at Headline for gifting me this incredible proof, and the biggest thanks to Matt Cain for writing this story!

IT’S NEVER TOO LATE TO START YOUR LIFE’S BIG ADVENTURE . . .

64-year-old Albert Entwistle has been a postie in a quiet town in Northern England for all his life, living alone since the death of his mam 18 years ago. He keeps himself to himself. He always has. But he’s just learned he’ll be forced to retire at his next birthday. With no friends and nothing to look forward to, the lonely future he faces terrifies him. He realises it’s finally time to be honest about who he is. He must learn to ask for what he wants. And he must find the courage to look for George, the man that, many years ago, he lost – but has never forgotten . . .

Join Albert as he sets out to find the long-lost love of his life, and has an unforgettable and completely life-affirming adventure on the way . . . This is a love story the likes of which you have never read before!

Albert wants to be invisible. Over the years, he has devised a well-established technique to keep human interactions to a minimum. It’s just him and his cat Gracie, since his mother passed away.

Albert wasn’t always like that though, and throughout the pages you get to discover what happened almost 50 years ago, along embarking on this self-discovery journey with him.

3 months before his 65th birthday, he is told he will have to go on compulsory retirement. From there, his whole world starts unravelling: Gracie dies, and he forces himself to go through his mam’s belongings, which he left untouched since she passed away years ago.

This brings out so many memories for him, most of them painful, especially when he finds in his mam’s box of treasures, the letters he used to exchange with the one and only love of his life… George.

His romance with George was the happiest time of his life, but things somehow ended dramatically. Since then, Albert has never allowed himself to feel anything for other men, or be loved by anyone else. He closed himself off from the world.

When reminiscing his past, you get to witness the unfortunately sad history of gay persecution, from it being a crime in the 60s to the police raids, beatings, insults and worse. Some chose to fight for their rights, where others like Albert decided that they were rotten and destined to a life of loneliness.

But all of it is too much for Albert and he decides it’s about time to get his act together if he doesn’t want to die alone. He wants his next 30 years to be happy ones and will take you with him on his magnificent journey.

Finding George turns out not as easy as Albert firstly anticipated! To succeed at finding love, he must find himself first. And to do that he will have to open up and… well you’ve guessed it.. COME OUT!!!

This fantastic adventure makes Albert become who he was meant to be all along, open himself up to the world to find his inner happiness. Getting out of one’s comfort zone is the best thing that can happen, opening up new horizon and embracing the best of what life has to offer. From Toddington to Bradford, Blackpool, Manchester and London, he will have to be honest with who he really is, and stop hiding.

“In some ways I’m like a picture that hasn’t been coloured in yet. Or one that I’m still in the process of colouring in…”

Albert cannot go about it alone, and has no choice but surmount the fear of judgement.

Through this beautiful story of resilience, you’re reminded of the importance of love and friendship in life! All the amazing protagonists you meet along the way are so lovable and relatable. Their depth demonstrates to perfection that everyone is more than meets the eyes.

From Nicole the “lioness” protecting her girl and fighting for a better life, refusing to be judged by her boyfriends parents, to Marjorie always loud and happy, as a facade to hide what’s really going on in her world, this is so much more than a simple love story. One should never judge others, you never know their personal circumstances and their difference isn’t a threat. Our individuality is our strength and this book is a great reminder that love, tolerance and acceptance conquer all.

A true delight that I can only recommend! Get your copy now! It will leave you in a wonderful place!

Opinions are my own
Out 27 May
Published by Headline Review, an imprint of Headline Publishing Group

About the Author – Matt Cain 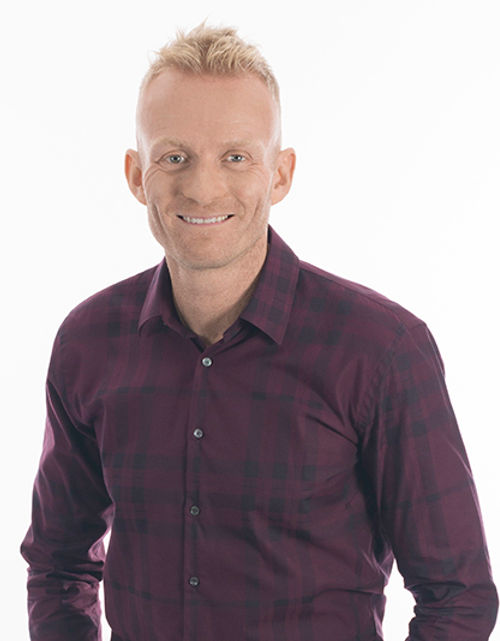 Matt Cain was born in Bury and brought up in Bolton. He was educated at state schools and then Cambridge University.

Matt spent ten years making arts and entertainment programmes for ITV, including documentaries about Freddie Mercury, Mamma Mia! and The Da Vinci Code, and profiles of Ian McKellen, Darcey Bussell and Will Young for The South Bank Show.

Between 2010 and 2013, Matt worked in front of the camera as Channel 4 News’ first ever Culture Editor, a role in which he attracted acclaim for his coverage of the Women’s Prize for Fiction, the Mercury Music Prize and the Turner Prize, as well as interviews with Grayson Perry, the Spice Girls and Pedro Almodóvar.

Matt’s first novel, Shot Through the Heart, was published by Pan Macmillan in 2014. The second, Nothing But Trouble, followed in 2015.

Between 2016 and 2018 Matt worked as Editor-in-Chief of Attitude, the UK’s biggest-selling magazine for gay men. Whilst in the role he negotiated world-exclusive covers with Sam Smith, Ricky Martin and James Corden, launched and hosted the popular #AttitudeHeroes podcast, and ran the Attitude Awards, hosted by Tom Daley, with winners including Prince Harry and Kylie Minogue. He also wrote exclusive reports on his personal experience of HIV prevention drug PrEP, homophobia in Russia, and life for gay people in China.

As a freelance journalist, Matt has written for all the UK’s major newspapers and appeared on Sky News, BBC Breakfast and Good Morning Britain. He was a judge for the 2013 Costa Book Awards and the Polari First Novel Prize in 2014 and continues to judge the South Bank Sky Arts Awards. He has been nominated for Stonewall’s Writer of the Year award and in 2017 was voted winner of Diversity in Media’s Journalist of the Year award.

In 2017 Matt crowdfunded his third novel The Madonna of Bolton, after receiving over 30 rejections from publishers, reportedly due to its gay protagonist and theme. The title reached its funding target in seven days, becoming Unbound’s fastest-crowdfunded novel ever. Pledges came in from 28 countries and the project was backed by celebrities including David Walliams, Mark Gatiss, David Nicholls, Lisa Jewell and Gok Wan. The Madonna of Bolton was published by Unbound in 2018.

Matt is an ambassador for both Manchester Pride and the Albert Kennedy Trust, the UK’s national youth LGBT+ homelessness charity. He’s also a patron of LGBT History Month.

He lives in London.